AWARE: Glimpses of Consciousness is the fourth film collaboration between Eric Black and Frauke Sandig, who are based in San Francisco and Berlin respectively, but managed to collaborate on a film that involved traveling both around the globe and through the deepest realms of human consciousness. AWARE follows six uniquely brilliant researchers—a brain scientist, a plant behaviorist, a healer, a philosophy professor, a psychedelics scientist, and a Buddhist monk—who investigate the seemingly inexplicable mysteries of consciousness. With eye-popping visuals appropriate for this mind-blowing journey, and an ethereal score by cellist/composer Zoë Keating, the film manages to balance on the tightrope between science and more mystical elements.

The film asks and attempts to answer questions like: What is consciousness? Is it in all living beings? And what happens when we die?

“Ultimately, we get a touching portrait of a variety of different human beings all circling around the fascinating, perhaps unsolvable, problem of the mind,” wrote Bilge Ebiri for Spirituality & Health. Adds Valerie Kalfrin of Alliance of Women Film Journalist’s Women on Film, AWARE is “a heady experience—dare I say spiritual?—that stirs feelings of awe and wonder, humility and connection. It’s a remarkable film.”

The filmmaking duo—whose After the Fall, about the fall of the Berlin Wall, and mesmerizing Frozen Angels both aired on PBS—talk about what led them to explore this heady topic, how they approached it, if the film is political, and those trippy psychedelic mushroom studies.

(Replies are from both filmmakers collectively unless noted.)

How did the ambitious idea to make a film about consciousness come to you?

The nature of consciousness, the idea behind AWARE, came directly from our experience on the first film in our trilogy, Heart of Sky, Heart of Earth where we worked for three years with the indigenous Maya in Chiapas and Guatemala. Their deep spirituality where everything in nature is sacred, alive, and animate, stands in deep contrast to our Western capitalist worldview that sees nature as natural resources, objects to be exploited.

When one of our protagonists, a Mayan spiritual leader, reproached us during an interview, saying, “You white people always see everyone as separate: here the house, the tree, the animal, there you. In the Indigenous world, everything is always connected,” she provoked us to turn our camera around and examine our own beliefs about nature and consciousness. This journey brought us to AWARE.

What do you want viewers to take away from AWARE? Who do you hope it impacts the most?

Eric: It may be strange to say but answering for myself, I would hope it would impact “people like me,” people who have a deep love and appreciation of science yet hunger for a deeper connection to the spiritual. At the start of our research into consciousness, the idea there was a space of “pure awareness” was not something I had truly entertained or ever thought I would hear myself say. It was Roland Griffiths’ Johns Hopkins psilocybin studies that really pulled me in, while counterintuitively, they were most shocking to my own sensibility.  [See more on this below.]

For a complicated undertaking that AWARE must have been, what were some of the biggest challenges you faced in making it?

At the beginning: financing. At the end: the pandemic created a situation where there was no place to show it.

How did you tackle researching such a large and complex topic? A lot of reading? Outside advice? How long did you spend researching?

Frauke: We researched for several years, read a lot, attended conferences and retreats, and considered and rejected various concepts. Through research on the internet, we found most of the protagonists, then read books by them and about them.

What criteria did you use to ultimately choose the people who “star” in AWARE?

Frauke: We were looking for protagonists who were open to spirituality, but still firmly anchored in science. Except for [neuroscientist] Christof Koch, we didn’t want purely esoteric or purely materialistic perspectives, as we felt it would only serve the commonly known polarized positions and not lead to new insights.

What surprised us, as Eric says, was how close the positions of the protagonists came [to each other] in the end. All of them were very open to working with us right from the start. The plant researcher Monica Gagliano even immediately offered to come to us in Berlin, as she was then currently on a lecture tour in Europe in part with Jane Goodall. We had originally considered also exploring animal consciousness more in the film, but then found plant research to be the more surprising and newer field.

Do you have a scene in AWARE that is especially a favorite or made the most impact on you?

Rick Boothby’s encounter with God during his psilocybin experience at Johns Hopkins University and Monica Gagliano talking at the ocean’s edge about the nature of mystical experiences.

Those Roland Griffiths/Johns Hopkins psilocybin studies occupy a relatively large space in the film. Was that part of the concept from the beginning? How did this aspect develop during the course of work on the film?

Eric: Answering for myself, part of the explanation has been part of my own personal journey. At the start of our research into consciousness, the idea that there was a space of “pure awareness” was not something I had truly entertained or ever thought I would hear myself say. It was the psilocybin studies that really pulled me in while, counterintuitively, were most shocking to my own sensibility.

Here was a quiet well-mannered, supremely methodical scientist of the highest standards inducing “mystical experience” in random adults with no such previous experiences. Almost 80 percent of participants reported this five-hour session to be one of the five most important events of their lives, on par with the birth of a first child or the death of a parent. Amazing. Forty percent were reporting it to be the single most important event of their lives. Terminal cancer patients in another study were reporting losing their fear of death. And these studies were paralleling the accounts being presented by our other protagonists.

At this point not only was I enthralled and personally hooked, but I thought these startling studies seemed an ideal starting point to introduce an audience to the same sense of awe we ourselves had experienced while all the while hanging on to the handrail of science.

Frauke: The impression [that] the psilocybin study takes up a lot of space probably also comes from the fact that two main protagonists at once, the psychedelics researcher Roland Griffiths and Rick Boothby as study participant and philosopher, take the outside and the inside perspective on the same subject. Since both are extremely charismatic and eloquent, a sort of intellectual ping-pong ensues between them. By interweaving the two experiences, the inner, subjective approach to consciousness and the outer, objective scientific approach are brought together.

In addition, psychedelic research, which has only recently been revived after a long enforced slumber—[long] after the exuberant escapades of Timothy Leary in the ’60s—and is currently experiencing a renaissance, seemed to us to be a particularly fascinating field of research with new discoveries and surprises. What surprised us most was how similar the narratives of the study participants were.

Like many in the West, we grew up believing Science and Religion, like Church and State, should remain forever separate: science with the knowable, religion the unknowable—with consciousness belonging to the latter. We gave it no further thought.

But if one is not actively thinking about consciousness and what it means, someone or some ideological “faith,” “religion,” “philosophy” or dogma will define it for you. Witness the continuing rise of populist politicians and fundamentalism in all their contorted forms. Increasingly they determine what has meaning and what is meant. Defining consciousness is the most invisible yet most powerful form of political control. To define consciousness is also power.

Conversely, it is no coincidence mystics have always been persecuted, oppressed, and killed—one need only think of the Church, its Inquisition, the witch hunts of the Middle Ages, the brutality of the “Conquistadors” with a sword in one hand and their Bible in the other in the “New World,” or ISIS…Whoever is able to independently experience “pure consciousness,” or, put another way, to have a “direct line” to the divine, is an enormous threat to power and dogma. Experiencing and having access to a greater consciousness erases the need for mediating institutions, indoctrination, and even war. That alone is revolutionary and an unalienable birthright worth struggling for.

Becoming aware you are aware is possibly the most powerful and self-liberating force in anyone’s personal development and thus collectively, the world.

What advice do you have for aspiring documentary filmmakers?

The third film in our Heart of Sky, Heart of Earth trilogy: A documentary on the coming climate catastrophe told from a unique, emotional perspective. 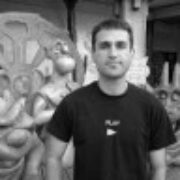 Source
Investigating the Mysteries of Consciousness | Blog | Independent Lens is written by Craig Phillips for www.pbs.org

How Much of a Donut Nut Are You?